What Kind of Poet Are You? 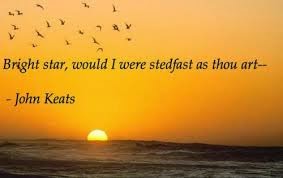 Surrealism is the word for creative work that is dreamlike. My flash fiction, "The Accomplice," was published in Cortland Review.  Through dreams, it explores domestic abuse, tyranny, and escape. Read it here:  http://www.cortlandreview.com/issue/46/packa_f.html


Lately, I have become more project-based. The Community Arts Learning Project, Migrations, I led resulted in a book and several multi-media performances. This last project was based on Iron Range history and geology (landscape and immigration) and half of the materials are only available online, on this blog and on a bookmarking website. Much of the text evolved from media projects. The poems carry the narrative (several of the poems are about work), and the essays online examine creative forms, artistic process, artists, and writers. Increasingly, the boundaries of my work move across genres.The project also led me a full length manuscript of short stories. Mining lent me its metaphors and language. It also brings "solastalgia" or the homesickness one feels at home. This word was coined by Glenn Albrecht and describes the sadness related to environmental change. New work reflects a populist stance.

Media work requires a different kind of approach to text: more distillation, shorter lines, and language that is more succinct, more imagistic, haiku-like, evocative. Media work also demands more attention to visual aspects: font, spacing, kerning, and flows. Does the text arrive from the left screen or the right? Does if float or sink?  How does it relate to images and sound?  How does its appearance express meaning?

There are a number of ways to answer the question: what kind of poet are you?  One might consider the ways that poetry is evaluated:  formalist (using a particular form of poetry like sonnet, villanelle, etc) or free verse; narrative, lyrical or dramatic (another way to get at this is to ask: who is speaking? and to whom is the poem addressed?) Dramatic poetry borrows from theater forms: soliloquy or dramatic monologue. What is the musicality?  The Poetry Foundation has an article about creative ways to answer the question: vintage poems, video poems, or science poems.

I could say that my work tends to be imagistic, objectivist, and sometimes narrative. The sound or musicality is subtle, based on vowel and consonant resonance more than rhyme. I think about texture and rhythm. If I use rhyme, and I have used it more often lately, it is usually internal to emphasize a word or image. In media work, I seek to employ the tools of poetry, to use the concept of confluence, to achieve a poetics.

A better way to answer the question is to think about perceptions and the relationship to reality, fantasy, and consciousness.  My perceptions are shaped by the two languages spoken in my home when I was growing up, even though one I am not able to speak. Perhaps that makes it even more powerful.  In reading and writing, I don't seek to escape. I don't use fantasy or enjoy 'genre writing.' I'm an existentialist. I like philosophical fiction, and I like the essay form.  I like art. When attempting to articulate one's personal style, one might look at the things that one likes to read, watch, or listen to.  They are key to our own personal voice.  The following categories shed light on this:

Realism or naturalism takes for its subjects things from the ordinary experience. According to Text Etc, it favors the use of images instead of symbols. It avoids theatrical devices. Perceptions are not intensified, and the author's commentary is muted.  An interesting note from the website about readers of poetry:

...are unimpressed by the clever games with language, and are bored by a haphazard portrayal of plain life. They expect some aspects of Classicism: sense, shaping, beauty. They expect Romanticism's sense of the unfathomable, one that will clear the wellsprings of their emotional lives.

Some believe these expectations expose the shortcomings of Realism. But as a corrective to poetry's tendency to inbreed and create its own conventions, Realism plays a vital part, widening its remit and making it more relevant to its common readers. The attitude alone cannot create poetry, since poetry is an art form governed by aesthetic requirements, and in fact, at least till recently, poetry with the more realistic subject matter has generally felt the need to balance that freedom by increased attention to form.

Based on this, I could say that my recent project was more realist than the Echo and Lightning project. Night Train Red Dust is strongly narrative, and Echo and Lightning has stronger mythical references. I prefer not to insert a lot of commentary or 'thoughts' because I like the reader to participate in the meaning. The images should be clear, the metaphor should be strong, and sound elements should be effective.  I prefer not to interpret them for others, and I don't tell others what to think.


This term was coined by Roberto Bolaño in his book The Savage Detectives, a novel about a band of poets.  Since then, the term has become popular.  William Little says the term refers to Bolaño's actual group, the Infrarealists.  “One of the visceral realists’ basic poetry-writing tenets is a momentary disconnection from a certain kind of reality” says the character Juan García Madero, in The Savage Detectives. Or from the Infrarealist Manifesto:

“Chirico [the surrealist painter] says: thought must move away from all that which is called logic and good sense, must move away from all human problems, in such a way that things appear under a new aspect, as if illuminated by a constellation appearing for the first time. The infrarealists say: We are going to fill our heads with all human problems, such that things begin to move inside themselves, an extraordinary vision of man."

To claim yourself a visceral realist alludes to Bolaño, and you would likely be a fan of his work.

To Read More about Visceral Realism, see the website for the Society for the Proliferation of Visceral Realism. The subtitle is: Subverting Mystification in Art, Memory, and Consciousness Internationally.

I like the term visceral realism. I believe that good poetry is visceral poetry. It connects the reader physically to the scene or image.  I believe the five senses should be engaged always, and the poem needs this connection to the physical body and to the earth.

In the Manifesto of Surrealism, Andre Breton wrote:


SURREALISM, noun, masc., Pure psychic automatism by which it is intended to express, either verbally or in writing, the true function of thought. Thought dictated in the absence of all control exerted by reason, and outside all aesthetic or moral preoccupations.
ENCYCL. Philos. Surrealism is based on the belief in the superior reality of certain forms of association heretofore neglected, in the omnipotence of the dream, and in the disinterested play of thought. It leads to the permanent destruction of all other psychic mechanisms and to its substitution for them in the solution of the principal problems of life.


...the use of techniques, such as automatic writing, self-induced hallucinations, and word games like the exquisite corpse, to make manifest repressed mental activities. The second definition lays out the surrealist view of reality and expresses the surrealist desire to open the vistas of the arts through the close observation of the dream state and the free play of thought.

The subconscious is a wonderful source. Dream images yield good material, because they carry  symbolic and deep meaning.

The House of Spirits by Isabel Allende or the novels of Gabriel Garcia Marquez illustrate magical realism.


Magic realism or magical realism is an aesthetic style or genre of fiction in which magical elements are blended into a realistic atmosphere in order to access a deeper understanding of reality. These magical elements are explained like normal occurrences that are presented in a straightforward manner which allows the "real" and the "fantastic" to be accepted in the same stream of thought. It has been widely considered a literary and visual art genre; creative fields that exhibit less significant signs of magic realism include film and music.

Imaginative work like this often occurs in poems, but I don't think its identified as magic realism. It's identified as effective metaphor.  Readers expect this. Poems often have shifts in time and space, and these occur swiftly and associationally.

This term is heard less often, but it is an interesting concept.  Kafka is an irrealist, for example, and Marquez was a magical realist.  Irrealism has a more absurdist, unpredictable story line.  G.S. Evans differentiates irrealism from magic realism.

The reader of a successfully written irreal work will be confronted with a piece of literature that cannot simply be translated as a fantasy or a satire, or as a symbolist work of one sort or the other. Thus cut off from their familiar mooring in the possible, or the conventionally (and ultimately explainable) impossible, they will be left alone, so to speak, with the absurd. Thus a tension is created in the work, one that the physics of the work will not allow to be resolved (as, indeed, the tensions and anxieties it is reflecting are not resolvable). And it is this irresolvable tension that helps to explain why it is possible to describe works such as Kafka wrote as being, to quote Shimon Sandbank, "so many pointers to an unknown meaning."

Although not an absurdist, I have used irrealistic writing to create worlds. In Cloud Birds, I have a section of bear poems. Some poems I did receive wholly in dreams (erotic, ekphrastic poems in the "Torrent" section of The Mother Tongue), and some that arrived through trance states induced by music (underwater poems in the middle section of Echo and Lightning).  These are dreamlike. It was not my intent to present fantasy, but it was my intent to describe spiritual experience.  They are "vedic."  In the Hindu beliefs, Vedas are texts of ancient India. They are understood to be "given" by a god, as opposed to be remembered or recorded by a person.  The Vedas are metrical, and they are chants, hymns, or mantras.


It was the tradition of natural poetry that William Wordsworth had in mind when he proposed that poetry “takes its origin from emotion recollected in tranquility.” This tranquil state might be most easily inspired if the poet would go out into nature, observe the world around him, and translate those emotions and observations into verse.  When I write about things in Nature, they are usually not tranquil.

My poems are not tranquil, generally.  I believe that people are not separate from nature. We dissolve into it; nature expresses our experience: floods, earthquakes, tidal waves, lightning strikes, rain. In the animal world of predator and prey, I draw metaphors. The effect is unease or anxiety--moments before death.  Nature poetry has become more political recently, which makes sense because land is now a diminishing resource.  In Canada, corporations have been interested in mineral exploration on lands set aside for park use.  The new eco-poetry has grasped this tension between development and preservation.  I look forward to new work that illuminates these concerns, and I know to write about a place--the trees, the animals, the water--strengthens it.

Mission is important. Vision. I search, using images and sounds. It's taken me many years to answer this question, and in a little while, I might write something completely different about my work. It changes.