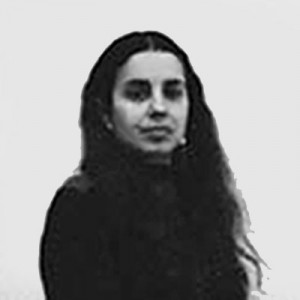 Covered by Time and History: The films of Ana Mendieta is showing at the Katherine Nash Gallery in Minneapolis. In four rooms of the gallery, the installation of several short films (in continuous looping) immerses the viewer in her art.

Mendieta called her practice Earth Body. It was a fusion of body art and earth art. In the 1970s, an art critic identified her work as being feminist and goddess like. Mendieta did not agree with this analysis, and she made some changes to prevent further assumptions. Her work does have a spiritual quality, but she was also exploring her culture, immigration, and violence toward women.

Mendieta imprinted herself on the earth. She did not bury herself, but maintained the abstract figure /outline on the surface. This female earth form degraded as it was exposed to the elements.  Often the form was filled with fire or water. Her performance art she documented by video and photographs. I found the sculpture and her earth works to suggest a vulva-like shape. She also had film and images of herself marked with animal blood (and a sidewalk, and a wall). This series was triggered by the murder of a female student, to acknowledge and address the violence. Some films are of her holding a decapitated chicken, wings flapping. It's visceral and powerful work.

In her film, she explained that she used the earth to express her connection with nature. This connection began as a child in Cuba, and later as an immigrant in the US, she found that her practice helped maintain her roots and connection with her culture.

Adriana Herrera Téllez, in Arte Al Día, has an excellent article about Mendieta's work that provides insight into her practice. Mendieta has been described by Olga Viso (currently at the Walker Art Center) as "inventive and iconoclastic."  Téllez believes Mendieta has influenced several other artists, including Marina Abramovic, yet Mendieta has not received the attention she deserves. Téllez describes her artwork in this way:


experimental art, capable of fusing aspects of primitive and conceptual art, mythical traditions and ecology, the land and performance, the non-territorial concern for violence against the female gender and the transcultural, displaced identities and the universal archetype.

Amanda Boetzkes says, “the artist does not only attempt to create a space in which the earth receives her body, but through her way of withdrawing it, provides a surface on which the elementary may appear the silueta fills with water, combustion or is blown apart and illuminates the face of the earth.”

Ana Mendieta's work has been a source of inspiration for me.  Here is a poem that I wrote to pay homage to her.

So light
the trembling of leaves
in the water’s mirror
shadow of your contour
shoulder on shore
line of tree your spine.
So dark
the stones depth, cold hip
I trace the root
in the earth’s script
where you’ve cast runes
written yourself in blood
or feathers spilled and mud
taken up with gunpowder
returned what never returns
to the continent or your hands.
Memory of fire that cast its spark
into the vast body giving birth
and reaching
the branch that breaks
beneath the feet,
drew yourself upon a leaf
falling
from a tree or upper story.
Lost with certainty
the perfect execution—
self was never the answer
only earth.

Loose Narratives: The Art of ParkeHarrison

Today, I had the opportunity to listen to the two artists talk about their process. Robert and Shana ParkeHarrison collaborate to create haunting and magical realist images. Their work is narrative, and they explore the connections between humans, nature, and technology. Along with Bob's focus is on photography and performance art, Shana brings her experience with choreography and painting.  See this link to view images: http://parkeharrison.com/artistInfo/parkehar/biblio/2.pdf?1968 and https://fstoppers.com/portraits/amazing-surreal-work-robert-shana-parkeharrison-4009

As a writer, I was curious about how they created such deep narratives. Their approach is theatrical, and each image is like a still from a movie. Each series begins with a long period of research and planning. They bring props. They choreograph. They manipulate the photograph to add or subtract color, to blur or obscure elements, and highlight certain things.  This is a slow and painstaking process. Each year, they create about eleven individual works.
reclamation from Catherine Edelman Gallery on Vimeo.

The protagonist, "Everyman," expresses valiant effort and ineffectual attempts to address environmental damage.  The character often has his back to the viewer, and in this way, brings the viewer toward the world inside the frame. There are many odd elements: a man wears a suit to do things nobody would wear a suit to do. He holds clouds on a string, or he sprouts seedlings from his body. There are machines or laboratory equipment used in curious ways. Veins become roots, and plants are spindly and reaching. Cones are prevalent as are clouds. He attempts to mend the crack in the landscape by stitching with an oversize needle. The narratives strongly connect to the body, and they are piercing.  There is foreboding and magic. All this--such rich narrative--exists in image, object, body, atmosphere.

A 2015 Midwest Emmy goes to Last Call for the Mitchell Yards – WDSE-TV - The Playlist. I'm thrilled to be among the artists featured in the documentary about the Iron Range. Congratulations! Many thanks for supporting arts and culture in the Northland! 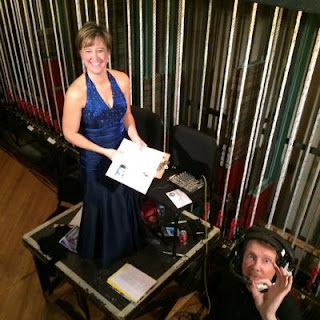 In the category of Historic / Cultural