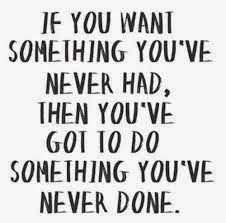 In the last year, I've been revising a collection of short stories and this last month, I wrote a play.  It's been like riding two horses, using the language as a poet and exploring narratives based on Minnesota's history.  Several poets have written plays: William Shakespeare, Alfred Tennyson, Robert Browning, WB Yeats, Lorcas, Langston Hughes, TS Eliot, Rita Dove, and many others.  So of course I have excellent role models in past and in contemporary literary circles.

Ruhl began her career as a poet—her first book, Death in Another Country, a collection of verse, was published when she was twenty—and she sees her plays as “three-dimensional poems.” Ruhl’s characters occupy, she has said, “the real world and also a suspended state.” ... She wants to project the delights of pretense, “the interplay between the actual and the magical.”

Her literary volte-face was due in part to her confusion about the confessional “I” of her poetic voice, which she felt had been exhausted in mourning her father. In “Dream,” for instance, she wrote, “I wake this morning and gather a mouthful of dirt— / words—with a teaspoon, that you may speak to me again.” “I didn’t know what a poem should be anymore,” she said. “Plays provided a way to open up content and have many voices. I felt that onstage one could speak lyrically and with emotion, and that the actor was longing for that kind of speech, whereas in poetic discourse emotion was in some circles becoming embarrassing.”

Poetry is the genre known for its compression, imagery, and patterned language (which also can occur in plays and other genres), but poetry is not known for its characters, plot or dialogue. It's possible to never have to grapple with these elements at all.  When I began writing Night Train Red Dust, the narratives swept me along and I enjoyed the opportunity to explore other voices beside my own.  The book began to feel like a fully developed world to me; it connects to landscape and community.  This year, my writing explores more narratives of this place--northern Minnesota.  When Night Train Red Dust was published, I felt as if I'd only begun.  The poetic "I" in this book encompasses many, and I have found that writing a play provides a natural and logical step of exploring more voices.

Another poet who explores all the genres is Anne Carson. In Decreation, she brings together poetry, essays, a screenplay, an opera libretto, an oratorio ("Lots of Guns: An Oratorio for Five Voices") and a documentary written as a film's shot list. Of her original works, she told Sam Anderson of the New York Times:


We have a kind of inertia, sitting and listening. But it’s really important to get somehow into the mind and make it move somewhere it has never moved before. That happens partly because the material is mysterious or unknown but mostly because of the way you push the material around from word to word in a sentence. And it’s that that I’m more interested in doing, generally, than mystifying by having unexpected content or bizarre forms. It’s more like: Given whatever material we’re going to talk about, and we all know what it is, how can we move within it in a way we’ve never moved before, mentally? That seems like the most exciting thing to do with your head. I think it’s a weakness to fall back into merely mystifying the audience, which anybody can do.

Reading Anne Carson's work is exhilarating. I feel the release of any genre-related stops. Why not use whatever works? Why not find energy in juxtaposing stories and forms of any kind?  Why not think outside the box? We see this sort of playfulness in many writers, for example, Lydia Davis (fiction).  With a draft of my new stories and play in hand, I now plow into this landscape to listen and develop the rhythms, characters, and plot.

I like Carson's objective of making the mind move. But it's not exactly how I would describe my own aims. Exploring change and desire, my work arises from the landscape. Mesabi means the "giant in the earth."  The term has been interpreted to refer the economic power of the ore, but I think the capitalists have ignored the spiritual meaning. The earth--a spiritual power? Mainstream culture seems not to recognize such a thing, and yet people who go to the Boundary Waters or spend time along the shore of Lake Superior and its forests know what I mean.  As a writer, I want to acknowledge and honor this sense of landscape.

As far as the writing, there is definitely a feeling that I've released this stream, and it keeps pouring. Maybe the poems have just gotten much bigger--and they have grown into essays and stories and drama--more three dimensional. 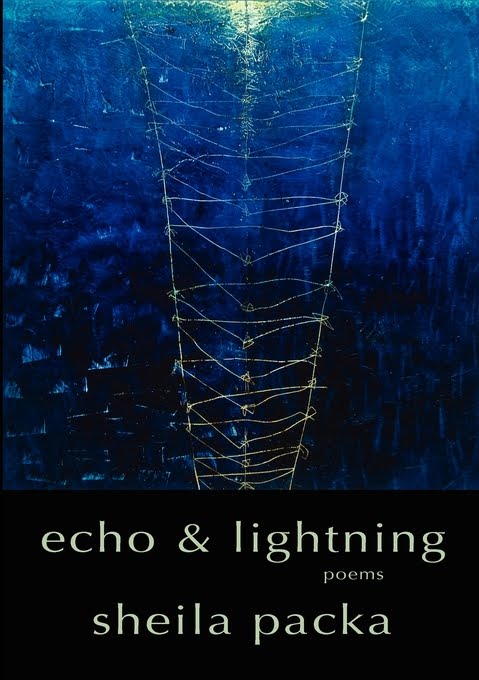 Echo & Lightning is a collection of ecstatic poems that trace the intersections between women and God: ascension and descent.  This book is the libretto for the voice and cello composition, here.