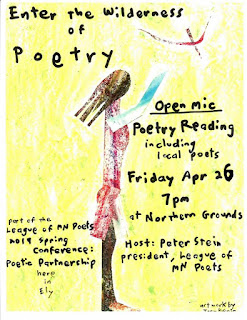 I'm looking forward to this event. Please join the community of poets and me in Ely on April 26 at Northern Grounds and April 27 at the Grand Lodge.
Commit to your own poetry practice and register at: https://www.mnpoets.org/
Posted by Sheila Packa Poetry Blog No comments:

The Kingsley & Kate Tufts Poetry Award Judges have selected Dawn Lundy Martin as the winner of the 2019 Kingsley Tufts Poetry Award for her book Good Stock Strange Blood (Coffee House Press). The judges describe Good Stock Strange Blood as a “formidable, sublime” collection that presents “an uncompromising poetics of resistance and exactitude.” Diana Khoi Nguyen is the winner of the Kate Tufts Discovery Award for her book Ghost Of (Omnidawn). Timothy Donnelly, chair of this year’s judging committee, described Good Stock Strange Blood and Ghost Of as books that will challenge the expectations of readers. “They are probably different from what many people are used to or expect from poetry,” he said. “Martin and Nguyen capture a whole new layer of being in their work that, to many, will still be unfamiliar.”

Martin's writing is poly-vocal and rooted in the body.

Lecture about the racialized body and grief:

I appreciate Anne Carson's original mind. Her writing contains a meta-level. What seems droll or inconsequential will suddenly plunge deep.

‘Lecture on the History of Skywriting’ was originally performed at the New York Live Ideas Festival in spring 2016 and followingly at the Whitney Museum in New York.

In Honor of W.S. Merwin 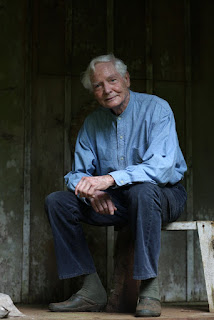 
I have to trust what was given to me
if I am to trust anything
it led the stars over the shadowless mountain
...

I must be led by what was given to me
as streams are led by it
and braiding flights of birds
...

Myth is central to this book of poems, history is central, love and violence is central. Walt Whitman's words do well to summarize the poems of Native Guard: "Quick Mettle, Rich Blood, Impulse and Love, Good and Evil."

Section I is about her mother. It begins with a poem, "Southern Crescent." A story embarks in this first poem, and it's a fitting entrance to the story. The mother is about to board the Crescent, the train, a fixture in the South, prided itself on excellent service. Two journey begin but are interrupted: the first, her mother going to meet her biological father but the connection is never made. He is not at the destination. In the second, the train derails and mother/daughter miss the connection.


The second poem of the collection is like the central integument of the book,"Genus Narcissus," The inscription by Robert Herrick emphasizes the ephemeral daffodils. The poem foreshadows the murder:


of Narcissus or the daffodils' short spring --

how they'd dry like graveside flowers, rustling
when the wind blew -- a whisper, treacherous,
from the sill. Be taken with yourself,

they said to me; Die early, to my mother.

This poem is an important image for the book.  It evokes the myth of Narcissus and Echo that was written in Ovid's Metamorphosis.  Echo began as a talking nymph with magnificent voice and song.  In retaliation for a lie, Juno (Jupiter's wife) curses her by making her able to only finish a sentence not started, and unable to say anything on her own. She falls in love with Narcissus, and she follows him, echoing his words.

Trethewey's connection between Echo and her mother is interesting. Women who are victims of domestic abuse do seem to lose their voice and song. Many do end up echoing the words of their abusers.

Narcissus, a beautiful boy, was hunting when Echo saw him.  He rejects her. She prays to Venus of this -- and Venus makes Echo disappear until she remains a voice heard by all.
At the stream, he falls in love with his own reflection and he wastes away with love for himself. In awhile his body is gone and in its place a narcissus flower, a pale flower that grows by river banks so that it can be reflected.

Reflections occur in form as well as content. The poem titled "Myth" presents a perfect mirror as it carries lines forward and backward.  "Graveyard Blues" is a blues form. Ekphrastic poems reflect photographs and the painting of Winslow Homer.

The narcissism of this boy might well gesture toward the narcissism and self-absorption of the young. The poem seems to indicate this.  But narcissism and self absorption is always characteristic of an abuser in a domestic relationship, in Trethewey's step-father. Only concerned with himself, he does not love his wife well. As a result, they are both destroyed.

There is another ghost or shadow here as well. The visual artist and illustrator Laurence Housman wrote a poem "Narcissus" about World War I:

The New Narcissus
by Laurence Housman

While war through Flanders sweeps in flood,And death goes flaring by,
Above the steam and stench of blood
Spring larks are soaring high;
And in the pause you hear their song,
While underneath, at rest,
Amid those mounds of human wrong
The young lie in the nest.
Down-nodding to the pit of death
The daffodils are through,
And shake their petals full of breath
Above a breathless crew.
Blithely they quaff and cast away
Light from their golden eyes,
Where, blind to all the beams of day,
The new Narcissus lies:
Who, in that dark and dreadful hole
Beheld a vision blest,
Saw the desire of his young soul,
And drank, and there found rest.
Within those eyes, beyond our ken,
Shut fast from present use,
The vision waits. There lie the men
Who kept the Christmas Truce.

This poem, this image of Narcissus, perfectly brings us to the topic of the Civil War, Section II of Native Guard. The new Narcissus is a dead soldier. The vision of war is triumph, but the truth is actually destruction. This is a stunning sequence of poems that blends history and images. The notes in the back of the book illuminate these poems even more.  A crown sonnet is the gem inside these fine poems, and the story is worthy of becoming immortalized in these poems.  The black soldiers in Union blue uniforms have no statues or commemorative markers for the sacrifices they made. Facing racism within the Union Army, they are denied even the term "native" though they are born on the soil. Instead they are called Corps d' Africa.  Not only have they died, but they were denied, and in history, nearly been forgotten.

Section III of the book holds an inscription by Walt Whitman, "O magnet South, O glistening perfumed South, my South/ O quick mettle, rich blood, impulse and love! good and evil! / O all dear to me." In this section, Trethewey returns to the more contemporary history of the south. The poem "Miscegenation" about her white father and black mother's marriage, illegal at the time. In the poem she makes reference to Faulkner's Joe Christmas and the origin of her name, Natasha which in Russian means Christmas child. At the time of her birth, her father was reading War and Peace. By these images, contradictions, connections Trethewey has created a work of remarkable and enduring beauty. She is well deserving of the Pulitzer Prize.
Posted by Sheila Packa Poetry Blog No comments:

How to Get Published 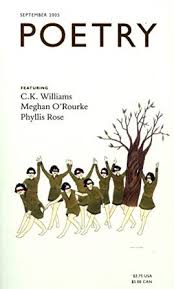 Are you wondering about how to submit your writing to publishers? Much of it happens online these days. Here's a free video course about sending your writing out to literary publications, contests, and anthologies. In "How to Get Published," you will learn how to select your work, choose your market, and write a bio and cover letter. The teacher has also provided helpful links and templates: a spreadsheet to track your submissions, a cover letter, and bio.

Here is the direct link: https://skl.sh/2EV2xGd

The course is offered by Rachel Mindell, a Content Strategist at Submittable. The series of videos are available through Skillshare. You will be asked to become a member (and you can view the video if you choose the free option).  Enjoy! And good luck with sending out your work.