The Argonauts: A Poet's Essay 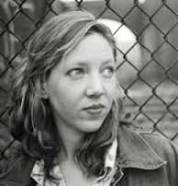 The Argonauts by poet Maggie Nelson investigates sexuality, gender, motherhood, and love in her memoir -essay published by Graywolf Press, 2015.  The central metaphor comes from a quote by Roland Barthes in his book, Roland Barthes:


Barthes describes how the subject who utters the phrase "I love you" is like "the Argonaut renewing his ship during its voyage without changing its name." Just as the Argo's parts may be replaced over time but the boat is still called the Argo, whenever the lover utters the phrase "I love you," its meaning must be renewed by each use, as "the very take of love and of language is to give one and the same phrase inflections which will be forever new."   (Nelson, 5)

Maggie Nelson has applied the concept of the Argo, a boat that changes completely along the journey, to her relationship (her lover's kinks match her own) and to her lover's transition female to male. She finds the beauty of ambiguity. The metaphor also illuminates Nelson's pregnancy and birth of a son, the creation of her family, and her own artistic work as a writer.

The form of the book is capacious and uses poetic devices (metaphor, recurring images, repetition of words, enjambment, white space).  It captures 'the state of becoming,' or perpetual emergence. There are some people who resist poetry and say they don't like it and won't read it.  This book looks like an essay and it presents an argument. However, the book is grounded in the body and Nelson's experience. The Argonauts conveys queerness and the contradictions of desire. It resists hetero-norms.  It illuminates the subtle difference between lesbian and queer. It examines gender, motherhood and family in an unsentimental way. She brings together several ideas from gender theorists (Judith Butler), artists (Catherine Opie), and philosophers (Barthes, Wittgenstein, Lacan, and several others) as a way to investigate contemporary culture and her own life. The cover flap describes it as a "genre-bending memoir, a work of autotheory offering fresh, fierce, and timely thinking about desire."

The title and metaphor are from the Greek myth Jason and the Argonauts. Jason, the hero, goes on a quest in order to gain the throne that was lost by his father. The goddess Hera noticed his task matched her own mission to claim recognition from mortals (Jason's father the King had failed to pay homage to her). She assists, or perhaps one could say, uses Jason. Several elements of this mythic story add depth to the book. Nelson is smart, and I enjoyed the book.