It is similar to poetry of witness which expresses lived experience and direct observation by the poet. Muriel Rukeyser's Book of the Dead addressed a coal mine disaster in the 1930s. During WWI and WWII, Paul Celan is a poet of witness. In the 1970s, Carolyn Forché's book The Country Between Us left a strong mark on our culture. The Colonel is a prose poem example of this. It is reportage, her encounter with a colonel in Nicaragua who had collected the ears of people who had been tortured.  Investigative poetry similarly stems from a journalistic impulse, but the poem uses the tools of poetry: compression, image, sound, pattern.  When she published her book, it was sometimes criticized for being political. Attitudes toward political poetry have changed since then. In an interview published On the Seawall she says:

What I find now is that there’s been a great opening in the last 20 years, and poets are almost expected to address contemporary concerns. It’s almost the reverse of what it was before. We have emergent poetics among communities that were suppressed before: African-American poets, Asian-America poets, Indigenous poets of the First Nations, Latinx poets. I find that that’s where much of the most exciting work is being written, and they are quite politically aware in that work, although the work is not always expressive of political views.

There are many ways to address contemporary concerns. Layli Long Soldier's book Whereas, engages with a single document. A declaration made in 2007 by the US Congress, addressing the atrocities committed against Native Americans in the 1800s.  It is poetry in conversation with the document, reflecting and responding to its language and to the events which it refers (Graywolf Press) Her poem "38" is from this collection.

For me, the best documentary poems draw us back to the headwaters of poetry, where tribal elders, griots, troubadours, holy fools, tricksters, medicine men, witches, and shamans all do their work, comforting the afflicted and afflicting the comfortable."

First, to use Muriel Rukeyser’s words, the poem can “extend the document,” thus giving second life to lost or expurgated histories...

"Second, the poem itself can be extended through the document, given a breadth or authority that the lyric utterance may not reach on its own. Documentary poetry comes out of a desire to break open what has often been seen as the monology of the lyric. While the lyric at its best can be subtly dialogic, negotiating self and other in nuanced ways, documentary poets are drawn to the chorale effect, employing multiple voices and voicings that merge into a larger (but often dissonant) symphony. Documentary and investigative poems that don’t simply “contain multitudes,” as Whitman boasted, but breathe and seethe multitudes."

Third, and finally, the practice of investigative poetics extends the very idea of poetry, enabling a rethinking of what poetry is and what it can do; in this sense, it returns to a more fundamental and primal relationship to its audience. Documentary and investigative poetries come out of the sense that we are called to be co-creators of history through language and action.

And of course I am afraid, because the transformation of silence into language and action is an act of self-revelation, and that always seems fraught with danger. But my daughter, when I told her of our topic and my difficulty with it, said, “Tell them about how you’re never really a whole person if you remain silent, because there’s always that one little piece inside you that wants to be spoken out, and if you keep ignoring it, it gets madder and madder and hotter and hotter, and if you don’t speak it out one day it will just up and punch you in the mouth from the inside.”

In the cause of silence, each of us draws the face of her own fear – fear of contempt, of censure, or some judgment, or recognition, of challenge, of annihilation. But most of all, I think, we fear the visibility without which we cannot truly live.

Poetry could very well be as powerful as any form of political or social activism, and perhaps more so. The language is powerful and unforgettable. Writing is an act of claiming one's own experience and voice. Whatever one writes about makes it stronger. Does lobbying, protesting, writing to legislators, voting, writing letter to the editors, etc do as much?
At this time, we are increasingly aware of disruptions caused by climate change: wildfires, drought, intense storms, insect infestations, viruses and disease, extinctions, and the loss of habitat. We know about the changes occurring with ice at the North and South Pole, and how this melting will raise sea levels and damage cities and landscape along the coast. Talking about climate change, Amitav Ghosh in The Guardian writes:

In a substantially altered world, when sea-level rise has swallowed the Sundarbans and made cities such as Kolkata, New York and Bangkok uninhabitable, when readers and museum-goers turn to the art and literature of our time, will they not look, first and most urgently, for traces and portents of the altered world of their inheritance? And when they fail to find them, what can they do other than to conclude that ours was a time when most forms of art and literature were drawn into the modes of concealment that prevented people from recognising the realities of their plight? Quite possibly, then, this era, which so congratulates itself on its self-awareness, will come to be known as the time of the Great Derangement.

To write about these things is to reflect the real issues that we grapple with every day. Poetry is succinct. It brings clarity. Poetry engages the five senses and the physical body, making it immediate.  Let us do everything we can to work with the matters at hand. Let us change the world into a better place. 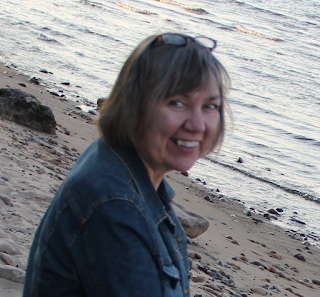 CHANGE, CHANGE, REARRANGE: A WRITING WORKSHOP
This in-person generative writing workshop will be held at
Northwoods Friends of the Arts Gallery
210 S. River St. in Cook at the NWFA Gallery in the building
adjoining Dream Weaver Day Spa and Salon.
Tuesday, July 13 1:00 – 4:00pm

What moves you? What has marked you? Come to this half day workshop. During the 3 hour session, we will do guided writing exercises that use personal memories, family history, and even music to create a piece of writing: a memoir, a poem, or a story.  We will play and experiment with writing in order to discover good material.  While the focus is on generating new work, participants will also consider some tips that make a piece of writing more vivid, immediate, and powerful. This workshop is for beginners and more advanced writers. At the end, participants will have time to share their new work if they like.