Not the Best: A Book Review

While not as good as his earlier book, Best Words, Best Order: Essays on Poetry, Stephen Dobyns offers historical context, close readings, insightful critique into poetic concerns: subject, form, line breaks, counterpoint, and metaphor. As a poet and teacher, I'm always ready to enjoy poets writing about poetry, and I did like some of his ideas, but I found his selection of poems (that he explicated) sometimes questionable.

His first two chapters, I found to be the least strong. Poetry overall is a very big topic. A peevish tone crept in as Dobyns attempted to address young poets. His tone was similar to that of a parent, piqued by the errancy and impulsivity of adolescents.  Whether new poets work will be "ephemera," as he suggests, remains to be seen. I did find the chapter “Aspects of the Syllable,” “Line Breaks,” “Context and Causality,” and all the rest engaging and full of insight.  It was interesting to consider his analysis of syllable, iambic, trochaic, pyrrhic, dactylic, anapest rhythms.  In the book, he says the form and content of a poem is inseparable. The form creates meaning as much as the words.  “The writer’s main loyalty is to the poem,” he writes. This is not a new concept; however, he heightened my own attention to rhythm and meter, and I appreciated that.

I was also engaged by his statement that poetry is either discursive or non-discursive. As evidence, he identified the frequently used form of including a number of propositions followed by a conclusion.  Also, a common examples of this is the "if/then" pattern that presents an argument.  The non-discursive poem is one that tends to be more imagistic and theatrical in its method; these are more enigmatic, dynamic, and they need contemplation.   The non-discursive poem (Merwin or Tranströmer, for example) is more likely to cause the reader to re-read in order to more fully take in the poem.  The poem then is taken in all at once and becomes "a symbol of affective life."

He describes types of closure in poems: "visual, syntactic, narrative, and contextual." Syntactic closure differs with discursive and nondiscursive poems, and both try to use a surprise or a shift in focus in the ending. The contextual, he suggests, may close the poem--he doesn't explain it well, but suggests it also opens out into larger meaning. What I take from it is this:  the image can resonate between the literal and metaphoric; meaning can expand, like concentric waves in a pond.

In his chapter “Revision,” he offers the reader a good examination of the creative process and the need to be expansive.  He has practical tips: after writing the first draft, poets might try starting their poem at different places to see what works the best. He advises that the poet work and revise with both “sound and sense,” and in patterns of tension and rest. Also he cautions against over-revision, or making decisions to cut or omit based on what somebody else might prefer.

I had some difficulty with his selection of poems for analysis.  While I realize obtaining permissions may be a challenge, it seemed that the poems he chose weren’t always good supports for his main points. “Performance Art Piece,” a poem by Bill Knotts (think Mapplethorpe only heterosexual), offended Dobyns; however, he chose to use it anyway in the chapter “Reconciling Paradox.”  He seemed to favor the poem because it was comic instead of earnest. In my estimation, using comic elements doesn't necessarily come across well. If the reader is the same gender or culture, it works; otherwise, it's perceived as dismissive, offensive, or puzzling.  Irony seems different.  Irony, an example being O.Henry's stories, reveal to the reader a complexity of misplaced effort, of good intentions gone awry. It creates sympathy for the character in the reader.

Later, he also presented poems by John Berryman (Dreamsong #4 and #187). These overall I felt weren't that strong poems, but they did have sexual innuendo.  Later, in the chapter “Closure,” he examines Heather McHugh’s poem “I Knew I’d Sing” which presents an incident: her mother washed her mouth out with a family sized bar of Ivory soap when she said the word, c---. He found it “an amazing joining of form and content” but I felt the last line sort of clunked, which I suppose is a form of closure. And later “Brahma” by Phillip Nast presents a sexual relationship in the metaphor of a bull-rider.  Rosen's poem, "Apple Tree," I found the most offensive of all because it describes, in gleeful terms, boys bullying an old woman.

I believe that very good poems are situated in the body; good poems are physical and engage all the five senses, but after considering these selections, I had started to wonder about Dobyns and his motives. Maybe he reached for somewhat racy poems to enliven what might be a dull topic, and maybe he did not consider or care that he comes across as sexist, heterosexist or as--to use an old-fashioned and possibly trite phrase--a funny uncle.  Also he tended to use more poems written by men (eighteen) than women (seven).  Overall, the selection was not balanced, and I’m wondering how balanced are his conclusions.

As if in response to my question, he includes a chapter “Moral Inquiry” which claims that “a poem or a piece of fiction is, among other things, an instrument of moral inquiry.”  He goes into matter of taste, aesthetic judgment, the context of the times, and concludes that in poetry, nothing is off limits and “to be disturbed is as valuable as an aesthetic experience as to be pleased.”

But, is it valuable to be disturbed in the way that pornography disturbs? This too has often been described or dismissed an aesthetic choice. It’s so much more complicated; it exploits or distorts love, women, children, relationship and seems to primarily render those in images of power and control. People try to protect their children from it.  Pornography arouses sexual feelings; it is not valuable for community.  I’m not saying that the few poems he uses for examination are pornographic, but that he  uses sexual images. He raises a question, and I raise a question as well. Is it appropriate? Is it useful?

In other respects, I was satisfied with his ideas in this book and the other work he selected for analysis: WB Yeats, Yannis Ritsos, Walt Whitman, Zbigniew Herbert, Louise Glück, Jane Kenyon. Many of the poets included I was familiar with; a few I was not and welcomed the opportunity to consider their work.

The book comes to a crescendo with the last chapter “The Nature of Metaphor,” an ambitious synthesis of what’s known about the development of language, the historical role of the poet, and the use of metaphor.  Unfortunately, this chapter also traces the rise of the patriarchy.  Leonard Schlain, in his book The Alphabet and The Goddess, did note that the rise of patriarchy coincides with the development of written word.  Written language made thinking more linear. The only woman mentioned in the chapter on Metaphor was that the courts often paid to poets salaries in eons past, possibly either in cattle or a slave-woman.  When one runs into this habit that some men have of not apprehending history, it's frustrating. He assumes the poets were all men. Has Dobyns heard of Sappho?

So in summary, if you want to read a great book, read his other book: Best Words, Best Order.  If you love poetry like I do, and if you don't mind spending a day reading a middling book which both bores and provokes, read this one.
_____ 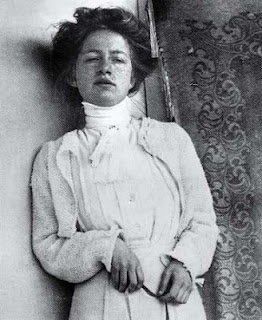 Because my grandparents immigrated from Finland, and the language of Finnish was lost in me, I often wondered about the poets and writers of that country.  Thinking perhaps that their work was also part of my literary heritage, I searched for their work and found that yes, there was a common root.  This essay traces the history of Edith Irene Södergran, Kirsti Simonsuuri, and Marja-Liisa Vartio.