I, too, dislike it.
Reading it, however, with a perfect
contempt for it, one discovers in
it, after all, a place for the genuine.

A lot of people say that they dislike poetry. It's a frustration with form, perhaps. Some resent the attention to metrics, allusions, sound elements or multiple meanings when these are not part of the awareness in everyday speech. In "Diary: On Disliking Poetry," an excellent critical essay, Ben Lerner writes:


Great poets disdain the limits of actual poems, tactically defeat or at least suspend that actuality, sometimes quit writing altogether, becoming celebrated for their silence; bad poets unwittingly provide a glimmer of virtual possibility via the radicalism of their failure; avant-garde poets hate poems for remaining poems instead of bombs and nostalgists hate poems for failing to do what they wrongly, vaguely claim they once did. There are varieties of interpenetrating demands subsumed under the word ‘poetry’ – to defeat time, to still it beautifully; to express irreducible individuality in a way that can be recognised socially or, like Whitman, to achieve universality by being irreducibly social, less a person than a national technology; to propound a measure of value beyond money, to defeat the language and value of existing society etc – but one thing all these demands share is that they can’t ever be fulfilled with poems. Hating on actual poems, then, is often an ironic if sometimes unwitting way of expressing the persistence of the demand of Poetry, and the jeremiads in that regard are defences, too, protecting the urgency and purity of the poetic impulse towards alterity from the merely real.

He distinguishes between the vision, the possible poem, and the actual which is limited by the limits of language.In his own work, Lerner shifts between poetry and prose. The novel has an elastic and curatorial form, he says, and his contain his poems and essays.  Lerner received a MacArthur Fellowship and is described in this way:


Ben Lerner is a novelist, poet, and critic exploring the relevance of art and the artist to modern culture with humor, compassion, and intelligence. Lerner began his writing career as a poet and essayist focused on contemporary literature and art. His three volumes of verse capture the often elliptical drift of thought, appearing spontaneous even as they layer linguistic and conceptual complexity.

Bringing to the novel a poet’s relentless engagement with language and a critic’s analytical incisiveness, Lerner makes seamless shifts between fiction and nonfiction, prose and lyric verse, memoir and cultural criticism, conveying the way in which politics, art, and economics intertwine with everyday experience. Both of his novels, Leaving the Atocha Station (2011) and 10:04 (2014), hold up a mirror to the writer’s consciousness. While Atocha is a comedic portrait of a young artist coming of age, Lerner’s concerns in 10:04 are larger and more pressing, reflecting his narrator’s (Ben) growing maturity in relation to others and keen sense of the social structures that constrain him. Ben struggles to create meaningful fiction in a culture addicted to artificial stimulation, a theme interspersed with acute, at times comic, reminders of the neuroses of American society.

Here is an excerpt of a sonnet in The Lichtenberg Figures:


Forgotten in advance, these failures are technological
in the oldest sense: they allow us to see ourselves as changed
and to remain unchanged. These failures grant us

an unwelcome reprieve
and now we must celebrate wildly
until we are bereft.

The ambiguity is pleasing, and allows the subject to remain open. He could be referring to language or poetry.

Sometimes grant proposals don't get funded, and sometimes they do. It takes a lot of time to write specific project outlines and budgets, and even when the application does not receive funds from the grantor, I have found that my work on goal-setting has not been wasted.

Research has shown that people who write goals down on paper are much more likely to achieve those goals. Grantwriters use this acronym:

Writing projects, like art projects, are based on a series of tasks. To boost productivity, it's a good idea to set specific and measurable goals that fit these criteria. To increase the likelihood of receiving a grant, writers should get S.M.A.R.T. too. In addition, I highly recommend reading the grant instructions carefully, planning enough time to do a good job, and finding a proofreader for both the application and work sample.

An Award for Preserving Minnesota History in Music, Art, Architecture and Poetry


Thank you and congratulations to WDSE The Playlist. Karen Sunderman, Steven Ash and Lance Haavisto!
The program "Last Call for the Mitchell Yards" has received an award from the Preservation Alliance of Minnesota. This story about the Iron Range features Paul Seeba, Dan Turner, Dave Aho, and Sheila Packa. The gala and fundraiser for the Preservation Alliance will be at the St. Paul Athletic Club on Thursday Oct 8, 2015. 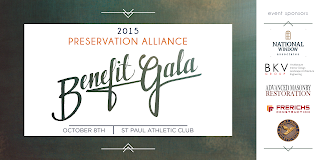 Here's a link to this wonderful documentary: http://www.wdse.org/shows/playlist/watch/season-6-episode-12-mitchell-yards

Information about the book: http://nighttrainreddust.com/