Cecil Taylor on Poetry and Magic 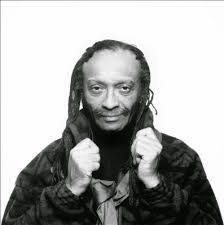 I've read a marvelous short story in Bombsite Magazine today. "Cecil Taylor" by César Aira (translated by Chris Andrews) explores with aching beauty the hostility and rejection that the musician and composer endured in his career. The writing of César Aira, an Argentinian writer known for 'miniature novels' --a sort of intimate immensity, is phenomenal. [The Musical Brain and Other Stories, by César Aira and translated by Chris Andrews is coming out in March from New Directions Press).  Here is an excerpt by Aira:


Immobility is art in the artist, while all the events treated in the artwork take place on the other side of the glass. Night comes to an end, so does day: there’s something awkward in the work in progress. The opposite twilights drop like tokens into slots of ice. The eyes of statues closing when they open and opening when they close. Peace in war. And yet there’s a movement that’s out of control, and all too real; it makes others anxious and provides the model for our own anxieties. Art figures it as Endless Revolving Growth, and it gives rise to libraries, theaters, museums and whole universes of fantasy. It may stop, but if it does, an enormous number of remnants are left. After a while, the remnants begin to revolve and breed. Multiplication multiplies itself ... But, as we know, there is only “the one life.”

In the contemplation of Cecil Taylor's life, the narrator considers this line between the artist and the art. I found this interview "being matter ignited" between Cecil Taylor and Chris Funkhouser (1994) published in a literary magazine, Hambone. Funkhouser interviews Taylor about his poetry.  This endless revolving growth is reflected in his interview. This is what Taylor said:

And what I mean by it is, after you do it enough, you make a commitment to the magic. Then the magic asserts itself in ways that you don't have to worry about, because it is incorruptible. That's the whole thing. Integrity must stand. If it stands, then you don't have to worry about other things. You do your work and then it comes. Because that is the truth. That is the beauty. That is the force. However, you just made me realize something. I am not conscious of form but yet you cannot not be conscious of it. Because you look at the page. And the page let's you know certain things. So, of course, one of the things that I'm thinking about is how the next part of this poem is going to be different in terms of its architecture.

I mean, what are they doing, talking about form? I mean, you look at the rivers and the mountains. The forests that they haven't destroyed yet. Look at these rocks. I could have showed you a rock in that place across the street.
…

Can you imagine all the spirits that are coming out of that rock? And we are, after all, just animals and we are a part of nature. We are a part of, and we are probably the quickest in terms of duration of life. We are the transitory poems. The mountains will be here, and perhaps we will be part of a mountain. You know there are certain West African tribes that believe that life is just a part of death, and when the chemical composition changes--some of them believe that they may become a mountain stream, star, whatever. I think that we definitely go back to the earth. Which is interesting. It's called "mother earth." The Portugese say, "Portentosa", that's Africa. And actually, the oldest bi-ped was found in the Sahara, she was a woman species. But then again that's not really strange when you understand that salps, fish--it is the women who give birth, and without male--and the women, as they mature, they become male and that's how they unite. This is not acceptable by a Christian--but they don't know anything.

I'm not interested in separations. What I mean by that is what I'm discovering and becoming aware of every day now is that the similarity, although the nature of the material is different, the process of building the structure are very similar. This is a recognition of something that was gradual. And I rather delight in it now, because I know, thus far, how to practice. Practice is very important to me, musically. In other words, practice is-- forget that--the preparation, the spiritual--the preparation is to enter the realm of the spirits. And it is not practice because it is voluntary. It is. Practice has to do with discipline.

What happens is that you don't even think about it, and you work on it. Once you've been touched by extraordinary beauty, they tell you what you're supposed to do. And of course everyone who has been touched comes up with their own methodological concept how to translate that into their own language.

The phrase "methodological concept" that Cecil Taylor mentions is one that he has fought long and hard to maintain. While in school, he recalled that many teachers were not only disinterested in his concept, but actively blocked it. Because of the endless obstacles, Taylor turned toward other arts to maintain his connection with the "magic." Even at the end of his career, Taylor protected his vision from tampering by recording studios. His writing was not published at first, and he said that it was not his concern, that he simply loved to write and left the results of it to another time or place. Aira in his story:


And what counts in literature is detail, atmosphere, and the right balance between the two. The exact detail, which makes things visible, and an evocative, overall atmosphere, without which the details would be a disjointed inventory. Atmosphere allows the author to work with forces freed of function, and with movements in a space that is independent of location, a space that finally abolishes the difference between the writer and the written: the great manifold tunnel in broad daylight ... Atmosphere is the three-dimensional condition of regionalism, and the medium of music. Music doesn’t interrupt time. On the contrary.

Aira's technique reveals the forces that make his story. It's a biography that includes a meditation on art and its making and an unforgettable atmosphere, And of Cecil Taylor's failure after failure in the New York clubs, he wrote, "His continual changes of address protected him; they were the little genie’s suspended dwelling, and there he slept on a bed of chrysanthemums, under the shade of a droplet-laden spider web."

The Practice of Attention

My work as a writer is to pay attention .... to what is beside, inside, beyond .... inside an image, an object, or a place. I want to capture what wells up at different times as joy or as grief or as both.  "No ideas except in things," said William Carlos Williams.

Artistic practice helps sharpen the skills of observation. But it is through observation and practice that something else emerges. An artist must find someway to leave behind the self, and I think this is done by the act of deep attention. "Attention is the rarest and purest form of generosity," said Simone Weil.

"The worst thing you can think about when you're working is yourself," said artist Agnes Martin. She believed it was best to achieve an emptiness and to avoid "ideas."  She also said, "My paintings are not about what is seen. They are about what is known forever in the mind."