One River Many Stories

One River Many Stories was a community wide story-telling event for the Duluth and St Louis River region.  It was initiated by Paul Lundgren, John Hatcher and many others in the Journalism program at the University of Minnesota Duluth, and it included students, area poets and writers, journalists, photographers, artists, scientists and activists.  The One River Many Stories presented a series of events: an art show at the Duluth Art Institute featuring the photography of Ivy Vainio and area citizens and an interactive map, workshops for adults and kids, readings and a celebration.

On April 27, 2016 creative writers came together to present their stories and poems at UWS. This was recorded by KUMD radio for future broadcast.   It's available to stream or to download the mp3 at http://www.wpr.org/shows/wpr-presents-one-river-many-stories

For more information about One River Many Stories, see http://onerivermn.com/

Thank you to Karen Sunderman and the camera crew at WDSE, John Hatcher, Jennifer Moore, and Judy Budreau and the many others involved in the project.

Email ThisBlogThis!Share to TwitterShare to FacebookShare to Pinterest
Labels: arts and community, One River Many Stories, writing workshops

The Poetic Process of Molly Peacock 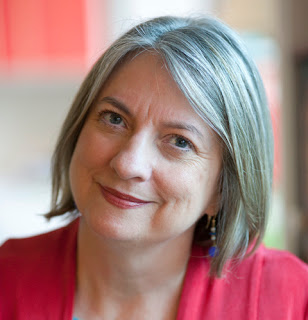 Creative work develops in such interesting ways, in a combination of both freedom and constraint. In a Brief Guide to Oulipu on poets.org, the reader can consider ways to create literature using structural constraints:


Although poetry and mathematics often seem to be incompatible areas of study, the philosophy of OULIPO seeks to connect them. Founded in 1960 by French mathematician Francois de Lionnais and writer Raymond Queneau, Ouvroir de Litterature Potentielle (OULIPO), or Workshop of Potential Literature, investigates the possibilities of verse written under a system of structural constraints. Lionnais and Quenuau believed in the profound potential of a poem produced within a framework or formula and that, if done in a playful posture, the outcomes could be endless.

Molly Peacock has spoken about the evolution of her book: Alphabetique: 26 Characteristic Fictions.  I find it fascinating to consider her project from its inception to the finished form.  In an interview by Laura Bast (https://maisonneuve.org/post/2015/01/22/mollypeacock/), Ms Peacock says:


A dear friend of mine, Phillis Levin, had given an assignment to her students to write a poem with an ambiguous pronoun, where you may not know who or what is behind this pronoun, and your reader certainly doesn’t. So I thought, I’m going to try this. When I started it, I was thinking about the idea that things only mean if they come into language. As a child I thought, “I have thoughts in my head. But I can’t put them into words.” I think that is the essence of poetry. A poem is about the things you don’t have words for.


As a writer in my seventh decade, I’ve been shocked at the twists and turns my own creative life has taken. Alphabetique began as a book of poems, then transmogrified into twenty-six brief imaginary biographical tales of those shapes we call letters.

In another interview in Duende Literary Magazine, she says:


My poems reveal themselves both in an inchoate idea and in a design, or a form.  I seem to create a kind of mental playing ground before the poem can develop.  I didn’t know how “The Poet” would evolve, except that I had set myself the assignment of writing a prose poem for each letter of the alphabet, and for using as much alliteration as I could without destroying the sense of the story. “P” was for poet, but I didn’t want to convey that autobiographically. Instead, I wanted to make a statement about all of poetry, but to take the grandness of that enterprise and make it fun, too.  I thought of the first poems that influenced me as a girl:  poems by Basho, Buson, Issa and Shiki.  Their haiku on the page had always looked to me like lily pads on a pond. The point of view of a young man in a far-off time seized me.  He wore a kimono.  (I always write poems early in the morning, often in my kimono-like bathrobe.) Could I actually write both the story and the poems of this young man?  By the pond, and with a desire to include that delicious word “petrichor,” the poem was launched.


Raymond Queneau, Georges Perec, and the other Oulipo writers, united by what Daniel Levin Becker calls “strict technical constraints or elaborate architectural designs,” have had a largely unacknowledged effect on Canadian writing in the 21st century. Their influence is most apparent in the realm of poetry: the key Canadian Oulipo text is Christian Bök’s Eunoia, which won the 2002 Griffin Poetry Prize. Bök’s volume – a series of sections each employing only a single vowel – recalls Perec’s novel La Disparition, written entirely without the use of the letter “e.”

The success of Bök’s experiment – Eunoia is one of the bestselling works of poetry this country has seen in the new millennium – has led to a proliferation of conceptual poetic works that employ Oulipo-like constraints, but this phenomenon has not really made inroads into prose. It is fitting, then, that Molly Peacock, a memoirist and author of the well-received 2010 non-fiction hybrid The Paper Garden: Mrs. Delany Begins Her Life’s Work at 72, is also a poet. Peacock’s latest work, the intriguing and beautifully produced Alphabetique: 26 Characteristic Fictions, while not as rigorously constrained as Bök, recalls the Oulipians in its premise and execution.

As the title suggests, the book comprises 26 vignettes, each centred on a character named for a single letter in the alphabet.

While the Oulipo techniques might sound too artificial or esoteric, the work of Molly Peacock provides an example of its possibilities and pleasures.