Didion: Grammar is a Piano I Play by Ear 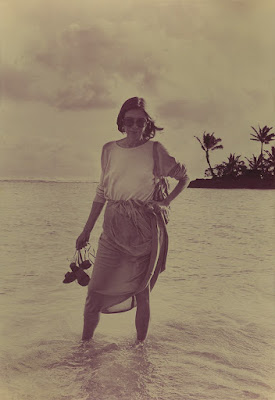 Joan Didion in her essay "Why I Write" explains that all of her books began with a picture in her mind, and this picture guided all decisions that she made.


Grammar is a piano I play by ear, since I seem to have been out of school the year the rules were mentioned. All I know about grammar is its infinite power. To shift the structure of a sentence alters the meaning of that sentence, as definitely and inflexibly as the position of a camera alters the meaning of the object photographed. Many people know about camera angles now, but not so many know about sentences. The arrangement of the words matters, and the arrangement you want can be found in the picture in your mind. The picture dictates the arrangement. The picture dictates whether this will be a sentence with or without clauses, a sentence that ends hard or a dying-fall sentence, long or short, active or passive. The picture tells you how to arrange the words and the arrangement of the words tells you, or tells me, what’s going on in the picture. Nota bene.* It tells you. You don’t tell it.

Joan Didion "Why I Write"
https://www.montgomeryschoolsmd.org/uploadedFiles/schools/whitmanhs/academics/english/Why%20I%20Write%20Didion.pdf

Joan Didion, novel excerpt, Play It As it Lays
https://people.unica.it/fiorenzoiuliano/files/2014/10/Play-it-as-it-Lays.pdf