The Stairway of Surprise 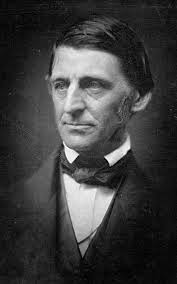 Deep in our culture run archetypal stories. The Kalevala, Nordic Tales, creation stories, and fairy tales are stories of quest and strife, and heroism and love. These archetypal stories are told over and over in many forms. Star-crossed and tragic lovers, once and future kings, and quests emerge again and again in our contemporary literature. Jungian psychology has examined these with great interest because they reveal deep patterns. As a writer, and reader, I am drawn to their power. Ralph Waldo Emerson was inspired by Norse sagas and the Tales of King Arthur. Here is a poem that he wrote about Merlin:


I. Poems
Merlin I

THY trivial harp will never please
Or fill my craving ear;
Its chords should ring as blows the breeze,
Free, peremptory, clear.
No jingling serenader’s art,
Nor tinkle of piano strings,
Can make the wild blood start
In its mystic springs.
The kingly bard
Must smite the chords rudely and hard,
As with hammer or with mace;
That they may render back
Artful thunder, which conveys
Secrets of the solar track,
Sparks of the supersolar blaze.
Merlin’s blows are strokes of fate,
Chiming with the forest tone,
When boughs buffet boughs in the wood;
Chiming with the gasp and moan
Of the ice-imprisoned flood;
With the pulse of manly hearts;
With the voice of orators;
With the din of city arts;
With the cannonade of wars;
With the marches of the brave;
And prayers of might from martyrs’ cave.

Great is the art,
Great be the manners, of the bard.
He shall not his brain encumber
With the coil of rhythm and number;
But, leaving rule and pale forethought,
He shall aye climb
For his rhyme.
‘Pass in, pass in,’ the angels say,
‘In to the upper doors,
Nor count compartments of the floors,
But mount to paradise
By the stairway of surprise.’

Blameless master of the games,
King of sport that never shames,
He shall daily joy dispense
Hid in song’s sweet influence.
Forms more cheerly live and go,
What time the subtle mind
Sings aloud the tune whereto
Their pulses beat,
And march their feet,
And their members are combined.

By Sybarites beguiled,
He shall no task decline;
Merlin’s mighty line
Extremes of nature reconciled,—
Bereaved a tyrant of his will,
And made the lion mild.
Songs can the tempest still,
Scattered on the stormy air,
Mould the year to fair increase,
And bring in poetic peace.

He shall not seek to weave,
In weak, unhappy times,
Efficacious rhymes;
Wait his returning strength.
Bird that from the nadir’s floor
To the zenith’s top can soar,—
The soaring orbit of the muse exceeds that journey’s length.
Nor profane affect to hit
Or compass that, by meddling wit,
Which only the propitious mind
Publishes when ’t is inclined.
There are open hours
When the God’s will sallies free,
And the dull idiot might see
The flowing fortunes of a thousand years;—
Sudden, at unawares,
Self-moved, fly-to the doors,
Nor sword of angels could reveal
What they conceal.

This can be read as a re-telling of Merlin, but this can also reveal Emerson's own penchant in his creative work.  He did not seek pretty words or sounds, but the warfare of good and evil, and tales of valor and the story of a community or fellowship of brothers and sisters striving for survival and hope. Valor is an old word from the 14th century, defined as courage, bravery, pluck, fortitude, daring, and spirited effort or dauntlessness. This is the admirable quality of many of the characters in the old tales, and many of the characters in contemporary re-tellings. Risk all, make things matter, understand that the stakes are high.  Take notes, writers and poets. Reach high, Emerson says.  "Mount to paradise/ by the stairway of surprise."   This metaphor obviously was important to Emerson.  In his notes, in a stray lecture-sheet these words occur: “Do not the great always live extempore, mounting to heaven by the stairs of surprise?”