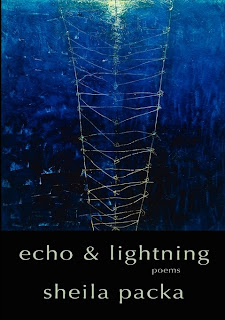 ECHO AND LIGHTNING (the expanded version will be published by Wildwood River, 2010) began as a chapbook and audio CD with cello music. The poems are a love story and a story about winged migration. On the audio CD, the poems are set in an experimental, free improv cello sound, a song of ascension, composed by Kathy McTavish.  It became a full length poetry manuscript.   Now the book has two more sections that give the overall manuscript a shape of a wave.  The mid-section is from another collection I wrote, Undertow, and the third section gathers several poems from an earlier chapbook and audio CD, Fearful Journey.

The story is rooted in the body and in the landscape of the north. Sources that inspired this work are the Kalevala (the epic poem of Finland) and Finnish poets, Greek mythology (Leda and the Swan) and the Gnostic book, Thunder, Perfect Mind. The poems examine stories about intersections with the divine--maybe 'an act of God' is comprised of creation and annihilation in equal parts—and with change. Often, falling in love is like this, both mystical and unsettling. Rapture occurs when we immerse into something new that takes us outside the self. An intense experience is bound to break the ties that bind you to your old life. The deep stories in our history and culture speak of this experience. We don't expect those intersections; we don't expect loss or know how to frame death and rebirth and change.

In my view, the rituals of poetry help us mediate the world, or bring us back into alignment with the natural world.

"Wind turns the body
and ground falls away


"And so begins one of the poems in Packa’s newest collection. These poems are the story of following one’s own instincts to, in one way or another, migrate. They bring us to the exact moment when we surrender to our truest selves, when we allow ourselves to be transported, transformed, and resurrected. In these poems this occurs with the ease and necessity of taking one breath, letting it go and then receiving another. These are ecstatic poems. They are at once ethereal and profoundly grounded in the body. This has always been one of Packa’s greatest strengths and every piece in this collection is an awe-inspiring testament to that gift. These poems can help us find our way to the places we most need to go, to where “…music you haven’t heard/didn’t know you needed/opens deep.”

After publishing this book, I found the writing of Leppä (Harold Alden) that explores contemporary Finnish shamanism and sacred arts.  He presented this diagram by V.V. Napolskikh (1992). (Vladimir Vladimirovich Napolskikh is a Russian ethnographer, ethnologist, ethnohistorian, Finno-Ugrist and linguist. Doctor of Historical Sciences, Professor at Udmurt State University that presents a world view of the Proto-Uralic cultures: 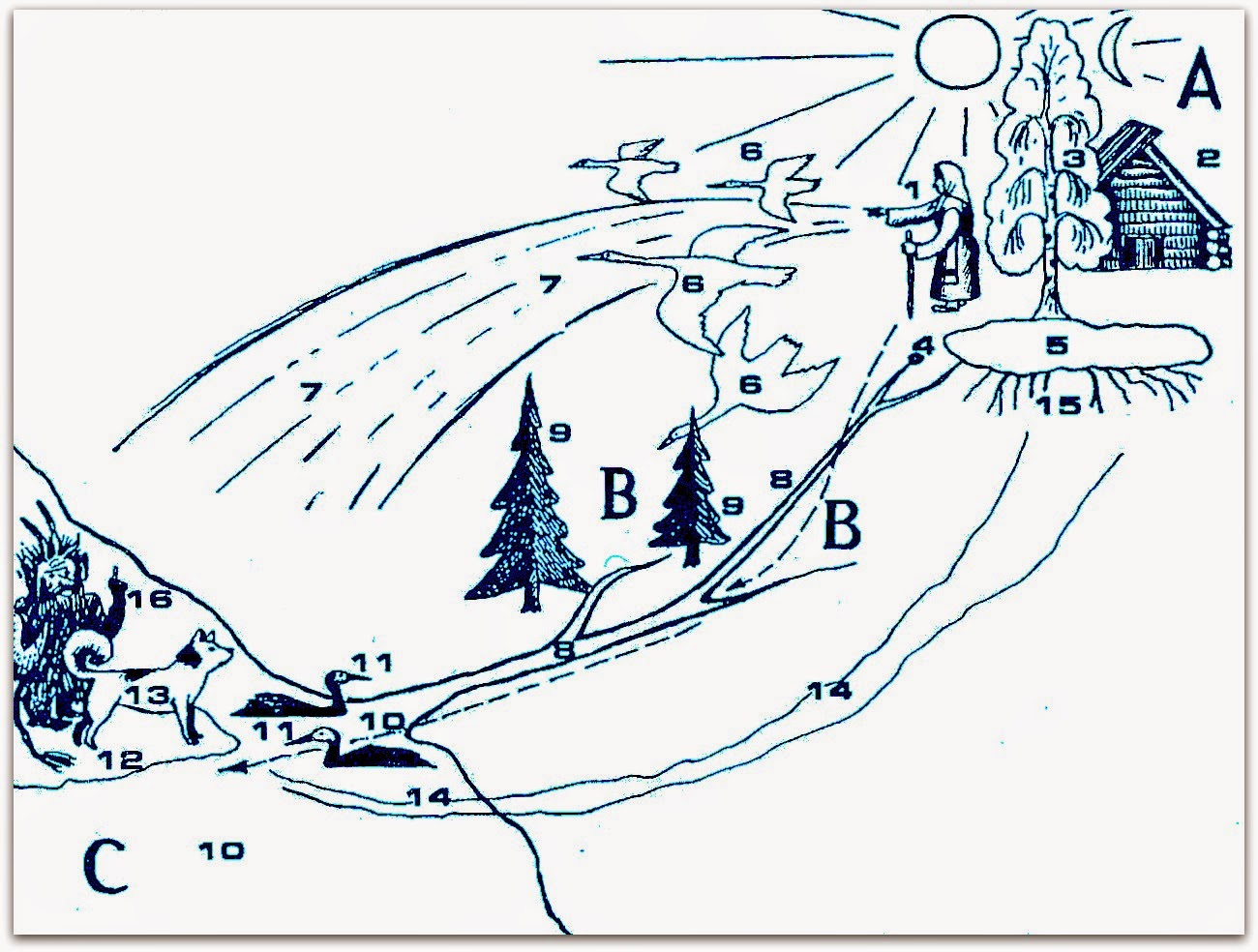 The assemblage of Echo & Lightning book seemed to be similar. Section I of the book with began with the wild swans, and it created a story of bird migration that was a metaphor for human experience.  I'd been fascinated with the story of Leda and the Swan, and I created three versions of what happened, told from her perspective.  Other poems seemed to arrive through my hand on the page, all exploring the image of flight and the divine.   After assembling these poems as an arc, I felt it to be a wave.  And in the design of a cresting, was the trough, or descent.  This became Section II. It was "immersion."  Perhaps it echoed my experience of near drowning as a child, but I also was at work exploring the undertow or underworld and its mythic stories.  I had not done this research, but I think the artist work accessed a symbolic language that was in my Finnish lineage and in the sacred stories of many cultures. Alden summarizes:

Some significant features of the Proto-Uralic “world picture” above include the following:

Section III of the book brought myself and the reader back to earth.  Still, my exploration of intersections with the divine continued in the poems about Lot's Wife and Mary Magdalene. It seemed to be that after encounters with the spiritual, a profound disorganization occurred.  I wrote an incantation to the muse.  I wrote poems that invoked the spirit of birds for protection. I wrote about the constant flow of rivers.

Writing this book was important for me. At the time, I was going through the breakup of a long term relationship, and that also triggered grief over the loss of my mother. It was if something in myself had died.  I had deeply immersed myself in art and writing was the only way that I was able to get through my days.

During this time, I made a trip to Finland to reconnect with many relatives.  I took a train from Helsinki to Kokkola, and as I gazed out the window, I saw two swans flying north. My mother's cousin Mikko Himanka in Kokkola presented me with a genealogical record of our family ancestry, with my name and my son's name inside.  He opened old family photos albums, and turning the pages with a distant curiosity, I came face to face with my mother's image as a young woman, smiling, and wearing a taffeta dress that I remember as a child. I gasped.  I had found something, not her exactly, and it led me deeper.